Use the Coax Cable Test to discover a short or an open on the coax cable run between the satellite modem and the TRIA.

Please Note: If there is no meter available, then look at the cable in sections beginning with the indoors, where the coax cable was attached to the modem. Inspect the cable for:

If a problem is found in a section, then only replace that section before testing the cable again, and moving to the next section. Check the connection between the modem and the ground block, then from the ground block to the TRIA.

Use the following steps to complete the Coax Cable Test.

Set up and test the Volt-Ohm meter:

Set Ohm position to 200k or highest on meter

Disconnect the AC power cord from the power source to power down the modem.

Disconnect the coax and Ethernet cables from the modem and the TRIA.

Test coax for a short or an open: 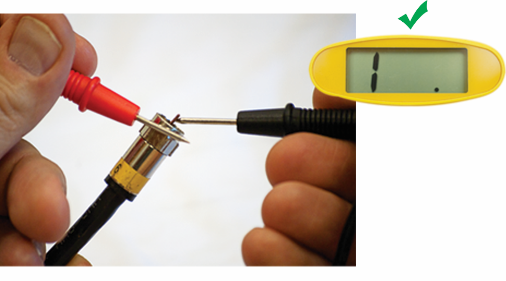 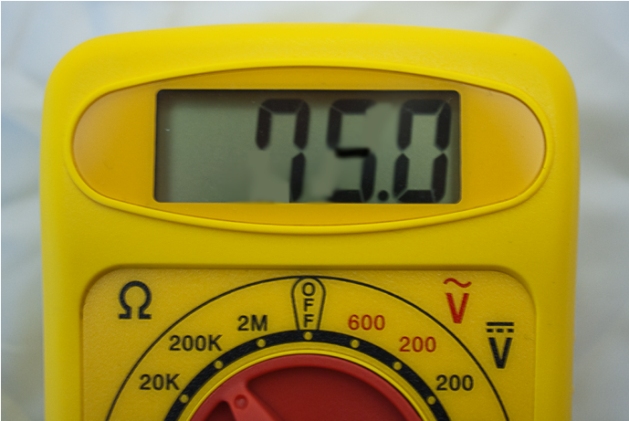 Validate the cable repair with a Modem Lock Test.