This Job Aid supports all Technician audiences. This job aid covers the VS1300 ODU antenna when used with a SurfBeam 2 TRIA.

The AZ/EL assembly consists of the Tube Canister, Azimuth Plate, Azimuth Base, and Elevation Bracket.

Loosen the bolts on the bottom of the AZ/EL assembly. 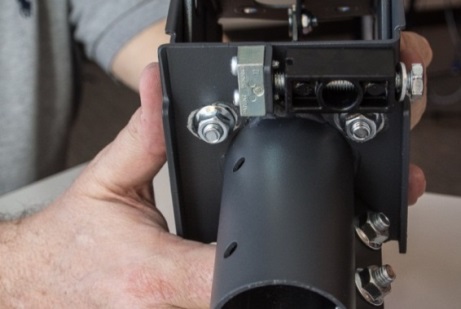 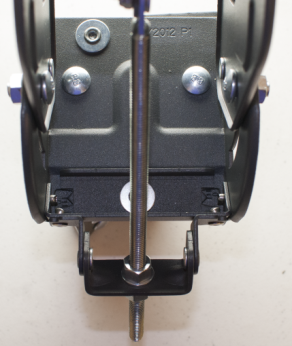 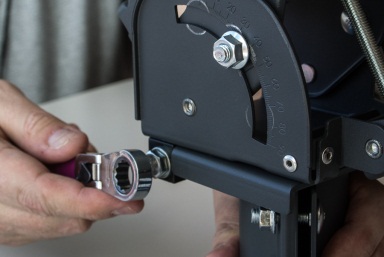 Turn the Fine Azimuth adjustment nut until the indicators on the base of the AZ/EL are at Zero (0).

Once the azimuth is centered, retighten the bolts on the bottom of the AZ/EL assembly to secure the setting while the antenna is being built.

IMPORTANT: The alignment of the Fine Azimuth Adjustment assembly is critical. If the Fine Adjustment is misaligned, it may not be possible to adjust the Azimuth to the satellite.

The following information provides the steps used to set the antenna elevation prior to assembly.

Pre-set the elevation as per the Work Order to the approximate value. Ensure the elevation lock down bolts are loosened, and then loosen the top nut on the elevation rod. Wind the nut up out of the way. 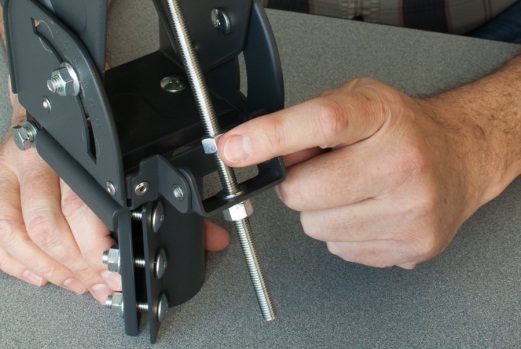 Manually adjust the elevation setting to the relevant position by turning the Elevation Adjustment Nut.

Note: The elevation is measured with the etched line just below the lock down bolt. 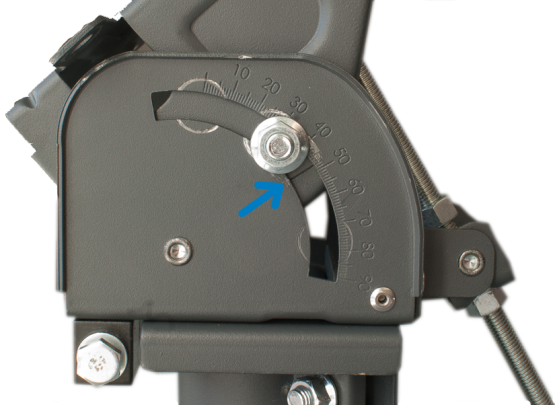 When the coarse elevation adjustment is complete, wind the top nut down the elevation rod until it bottoms out on the cast pivot bracket. Tighten the elevation lock down bolts on the AZ/EL assembly. This will secure the setting while the antenna is being built. 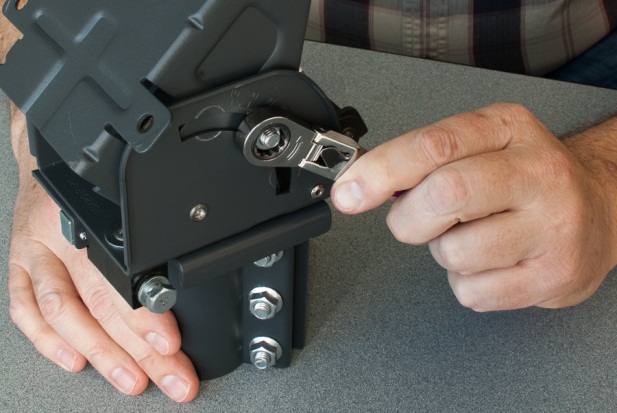 The following information provides the steps used to build the Antenna Back Bracket Assembly. 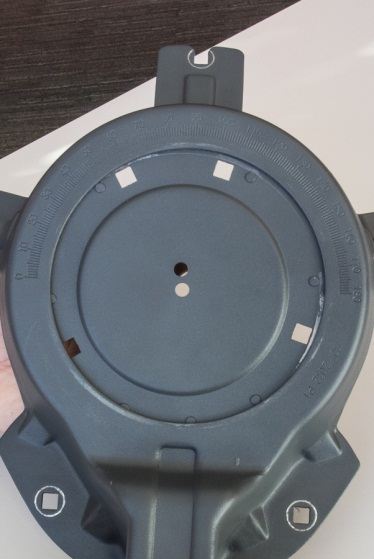 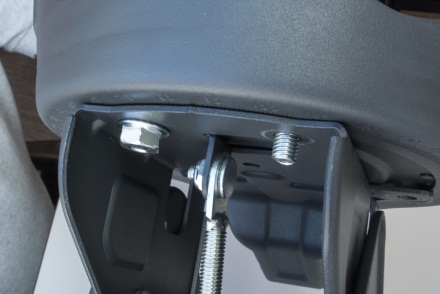 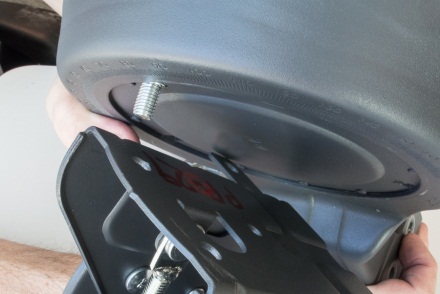 Set the skew to the setting provided on the work order.

Secure the Skew Plate using a flanged nut on each Carriage Bolt. 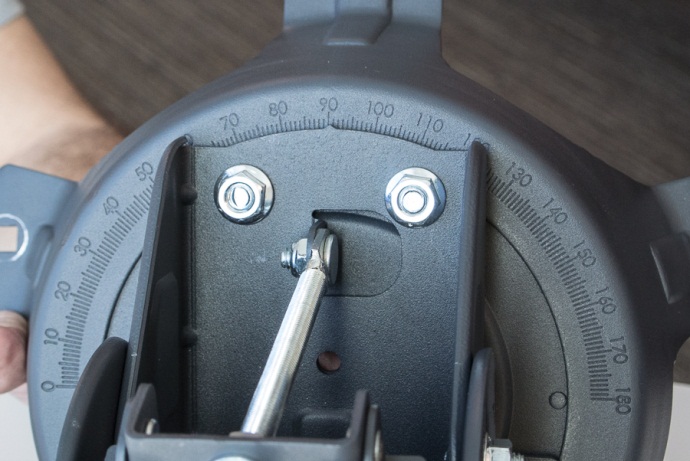 Using 4 posi-pan screws, attach the SurfBeam2 to the TRIA bracket. 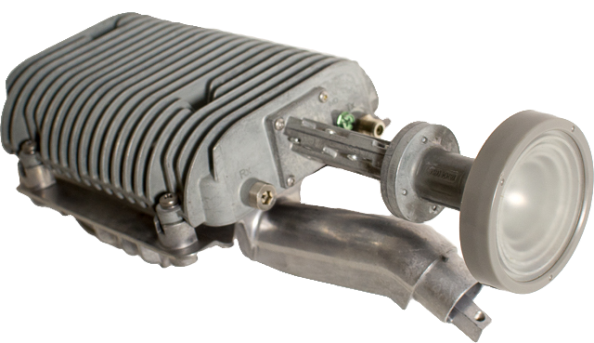 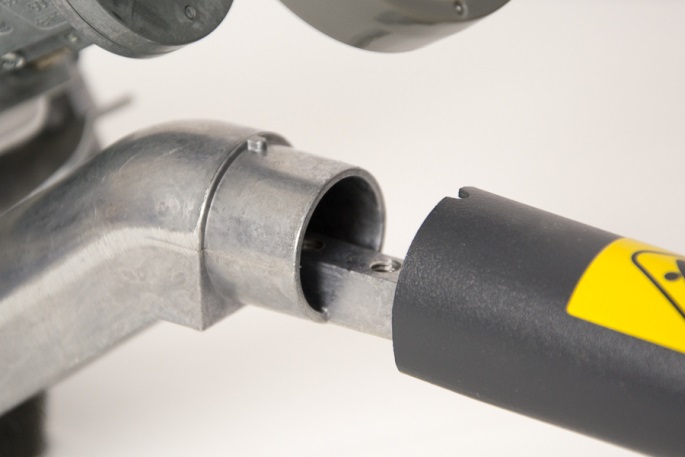 Slide the Boom Arm into the slots on the Back Bracket. Secure the Boom Arms to the back bracket with four hex head bolts. Tighten the bolts to secure the assembly. 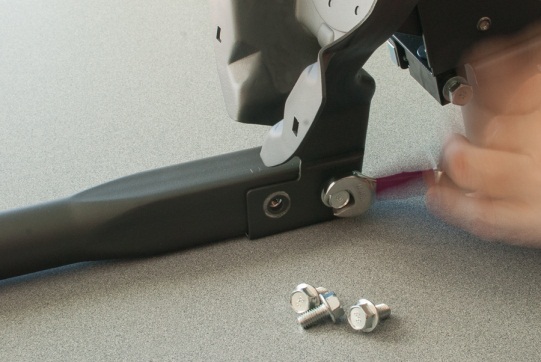 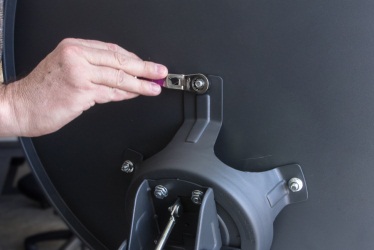 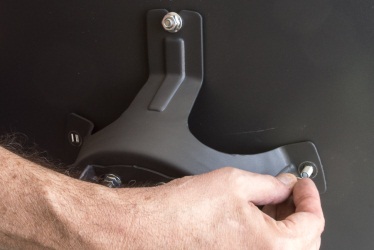 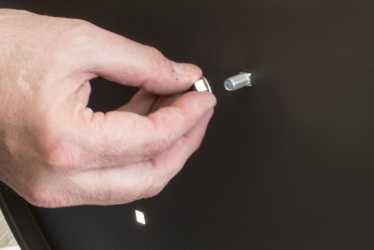 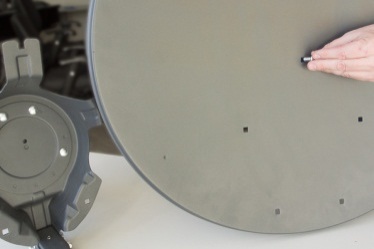 After mount installation is complete, place the antenna on the mast.

Position the back bracket and reflector assembly to the mount and line the bracket up to the azimuth on the work order. 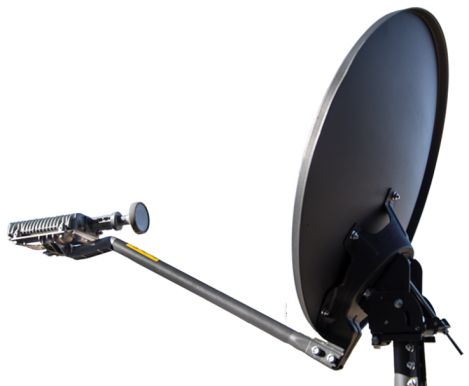